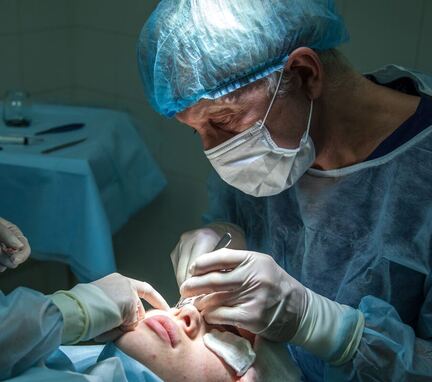 How Can Elizabeth Help You Heal from Trauma?

You know how some people go through chronic stress or traumatic experiences and seem to get stuck? They've had accidents, broken bones, illnesses, divorce, job loss, death of a loved one, or surgery and they just can't seem to get to the place they want to be at? Because of that trauma, the nervous system gets stuck in fight/flight/freeze, so you get symptoms like anxiety and depression and/or panic attacks, along with physical symptoms like different types of pain, particularly hip or back pain, but sometimes generalized pain. Very often, people try all sorts of ways to get help like getting adjusted or getting massages, taking too many pain relievers or drinking too much, and they feel better in the moment but the problem keeps coming back, often getting repeatedly worse.

What Elizabeth can do is reset the nervous system. Until you get that nervous system reset, nothing is going to work long term. She uses energetic acupressure (no touch) to repattern the brain, allowing the body to relax and stress levels to naturally lower. With the benefit of a calmer body and mind, you'll find that you attract in the kind of life that you want.

PTSD is very common in the civilian population. Events such as as job loss, death, divorce, and breaking a bone can all trigger PTSD. So can being in a bicycle, motorcycle or car accident. One of the least known paths to developing PTSD is through having surgery. Why? Because as we awaken after surgery, the normal response is to thrash about or shake. It's dangerous to do so with needles and tubes sticking out of us, let alone the potential fragility of the body after surgery, so we are prevented from doing so. Patients are often restrained and sedated when we thrash about.

​What is triggering the movement? Adrenaline is often coursing through us when we awaken after surgery. If we could express it, we would not develop PTSD. But since we can't, we often do develop it. It leads to muscles stuck in fight-or-flight. Elizabeth has had over ten procedures requiring general anesthesia done since she was a child. It led to muscles stuck in fight or flight, particularly the right side of her body, with the worst causing constant cramping in her right hip muscles. She developed a way to reset the reactive muscles by testing how they respond to normal and atypical movement and removing the triggered pattern, so a healthy one can take its place. Experience what life was like before the trauma. Elizabeth recommends seeing a psychologist as part of the treatment. The more recent the trauma, the more easily it usually resets. Elizabeth has treated combat veterans and while there is usually good improvement, if the veteran has been exposed to percussive injuries like bombs, this treatment is not the full answer.

​Because of the nature of this reset balance, it typically takes 3-4 hours and so it is considered a double session. Sessions are $400 each.